Pregnancy Dress-How to Dress Up Pregnancy?

Monthly Suggestions for dress up pregnancy

Every young mom at the first experience, having spent the uncontrollable joy of discovering her pregnant, is faced with the big question: how to dress in pregnancy? Generally, from beginning to end, you will need bosses that can lighten the proportions, highlighting those areas that are slim (such as your arms) and narrowing the weightier ones (such as your hips). 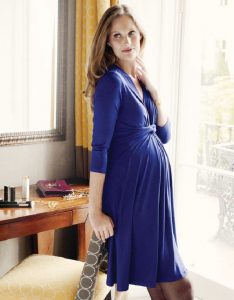 During the first three months of pregnancy, the belly begins to be seen, but the body does not undergo any real changes. It only starts to round off. For this period, there are strategic outfits that allow you to follow the first changes without letting it be elegant and trendy. It is good to put away everything that is too tight and exalt, instead, its femininity with soft-line dresses, which emphasize the shapes. The Empire style dress, cut under the breast, is very strategic. Because it can be worn until just before giving birth. 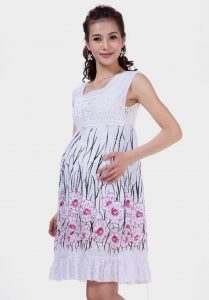 Already in the fourth month can be purchased a pair of pants and a premaman with an extendable waist that can be worn until the end. Among the jolly garments that must be missed are fuseaux and leggins; Choose them with the high waist covering your belly without compressing it and maybe darkening it to slim and slim your legs. They are fun and comfortable and above all glamorous when combined with long shirts and cardigans.

Going forward with the pregnancy the line will go up. From the fifth month onwards the best dress is no doubt that in the classic premaman line. But the chemisers are also perfect, to wear with a sticky shirt. 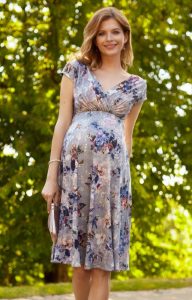 During the sixth month, you will probably have an extra bra size, which is worth emphasizing with a V neckline, long and narrow. For the sliding of the figure, the upright neck is also perfect, from the clean and chic line.

With the baby growing it increases the weight on the bladder and with this the need to urinate. Better to wear clothes and skirts. So you do not have to bend continuously when you go to the bathroom to lower your pants.

Eighth and Ninth months of pregnancy 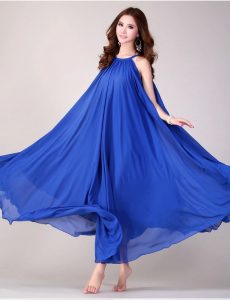 During the eighth and ninth months of pregnancy, one might have the feeling that the body explodes from one moment to the next. It’s just a feeling, but it’s better not to force it into clothes that sting on your belly, to avoid annoyance. Over the last few months, there are women who even hold a pair of scissors in their purse. So that they can easily cut back on sufferings due to tights or skirts that suddenly go too tight. Coats are the most difficult to choose. It would be better to buy one for the purpose because they exist with the elastic widening. Even shoes are just a problem at this point when it’s hard to bend to tie them up. Also, given the back problems, it is better to discard both thin heels and dancers. Better opt for shoes with dampened soles and sneakers.