We all love a heroic animal story. They are evidence of the deep connection and love that we feel for animals and the hope that they reciprocate some of that affection. Throughout history, there have been countless tales and legends of the valiant actions of animals that it’s impossible to mention them all. Times of war bring out the hero in humans and animals alike, so here are some truly selfless acts from our furry or feathered allies:

Humans have been using pigeons as carriers for messages for thousands of years and this didn’t stop during the two world wars. Many thousands of lives were saved thanks to the tireless efforts of pigeon messengers, some of whom were shot and badly injured but kept flying.

Did you know that 20,000 dogs served during the First World War? Our four-legged friends had many roles, including rescue, messenger, mercy, and guard. As one of the first animals to be domesticated, dogs have stood by us through thick and thin for almost all of human history. The Roman army had whole companies of dogs with spiked collars.

For most of history, horses have been used in warfare. What makes war horses especially brave is that they are naturally prey animals with an instinct to startle and escape. Despite this, they have carried us and galloped us into many a battle with not a second thought. Tragically, more than 8 million horses were killed in World War I alone. Here, we should mention the donkey’s too who served just as valiantly alongside the horses. Many like to commemorate heroic animals in the form of sculpture. If you have an animal close to your heart, think about commissioning a Bronze Animal Sculpture. Bronze Animal Sculptures are the perfect way to immortalize a special creature. 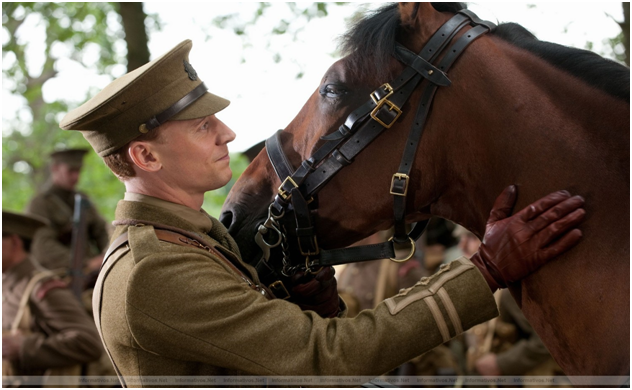 Not a common sight but Hannibal was the first to take elephants into battle and they have helped us out ever since. Lizzie the elephant was a famous helper during WWI at a factory. Most often elephants were used at home to help out with heavy lifting and transport when all the horses had been sent to the Front.

Although fiercely independent and answering to no-one, cats still provided a valuable service in the trenches of the First World War. They were brilliant for boosting morale, giving soldiers an outlet for affection, as well as usefully catching rodents which were a real problem. Trench life was awful but made a little more bearable by the presence of these friendly moggies.

We tend to forget the role of marine animals in times of need, but dolphins trained by the military were used to seek out underwater mines and rescue lost military divers. A dolphin can be trained in a very similar way to military dogs, where mine detection is treated like a game, but still a life-saver for us humans!