The Origins of the Conservatory and Changes through the Years

Conservatories are popular all over the UK. Offering that extra space in the home they are versatile rooms that you can use in many ways. They have a longer history than you might think, and their origins are believed to go all the way back to the 17th Century, when a stone structure that was then made from glass was built. These early conservatories were built mainly to enable people to grow fruits that would usually be found in warmer climates, such as oranges – something which then influenced the naming of the very popular style of conservatory, the orangery.

It wasn’t really until the Victorian times that conservatories really took off, however. A favourite place for the more wealthy people in Victorian society to spend an afternoon enjoying tea in the warm with a view out to the gardens. A conservatory also allowed the wealthy people of this era to display their collection of plants from warmer parts of the world inside the conservatory where they could grow. The Victorian designs were very beautiful and are still a popular style of conservatory today. Their distinctive bay window and pitched roof is usually embellished with detailing. 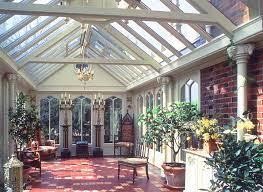 After that came the Edwardian period and conservatories changed slightly in style. They became rectangular and not as ornate, focussing a little more on the space than the decorative aspect. The Edwardian conservatories are another design that has stood the test of time and still remains a popular choice of conservatory.

With two world wars in the 20th Century, and the housing crisis and financial turmoil that followed after the Second world war, building conservatories was something that was not really embraced again until the 1970s. Of course, by this time, technology and styles had changed, as had the way that people lived. UPVC became the main component of these modern conservatories. They were not as large as many of the Victorian ones, as the homes they were built on were smaller than the grand stately homes of the Victorian upper classes – but this innovative new design enabled people to have their own smaller version of one of these beautiful buildings.

Since then of course conservatories have gone from strength to strength, with new ideas and materials being used to create them. Nowadays a conservatory can be added to a home and used for more or less anything thanks to modern innovations such as blue glass and underfloor heating which help immensely to regulate the temperature within the conservatory. 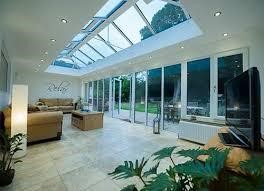 A conservatory today is something that is as popular as ever – with so many different types on offer like these Oak Extensions https://www.timberpride.co.uk/timber-oak-framed-extension/ , they are versatile rooms that are perfect for adding extra space to the home, without having to get the planning permission to build an extension. For this reason, they can be cheaper as well as much less hassle than building an extension!