Halloween movies from the WORST to the BEST

Who doesn’t listen to John Carpenter’s original song when he hears the word Halloween? We share worst to the best Halloween movies.

In 1978 the horror cinema took a new direction with this villain that stalks, originally. Young people with a certain taste for drugs and sex. The first minutes of the original film is a success of the director, who decides to become the same Michael Myers as a child by putting on a clown mask that he finds on the floor.

Despite his several failed movies at the box office, it is a fact that this seemingly immortal murderer fascinates many with his mask and overalls. Unlike other horror movie villains, those who play Michael must rely on their body communication to bring the man behind the mask to life.

With a new saga on the horizon, Halloween is one of the horror franchises that continue to frighten in movie 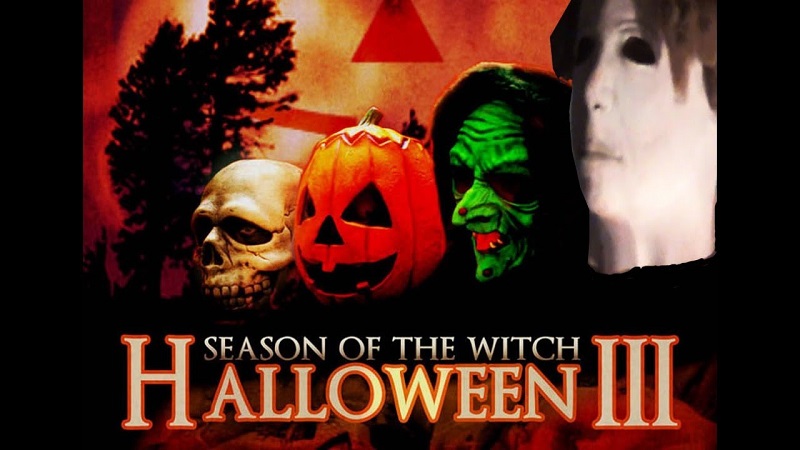 A Halloween movie without the man in gray overalls and the white mask was not a good idea for the franchise. Halloween III: Season of the Witch was an attempt by John Carpenter to take to the cinema a different case of murders during Halloween. The case to be treated in this film is that of Halloween masks that become popular among children, which were designed to sacrifice them and thus bring back the era of witchcraft. 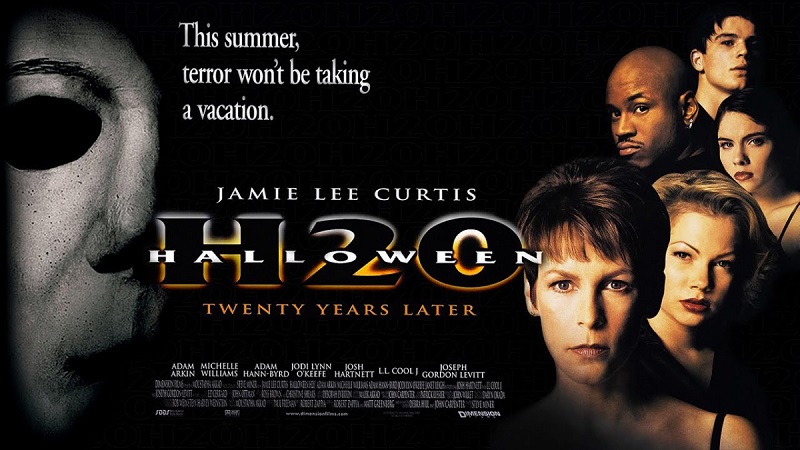 The seventh installment of the Halloween franchise takes place 20 years after the two original John Carpenter films. Now, Laurie Strode (Jamie Lee Curtis) is a mature woman who runs the school her son attends (Josh Hartnett). In order not to be related to the events of years ago, Laurie feigns her death and assumes another life. This is not enough to stop Michael who again seeks to kill her with his son. 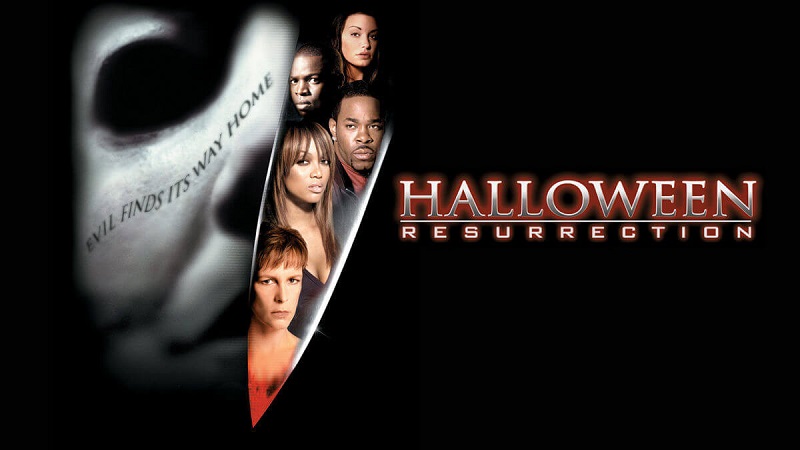 To avoid losing the custom of the time, Halloween: Resurrection uses a reality show as the scene of the new massacre of Michael Myers, whom we thought was dead in the prequel ( Halloween H20 ). The place to perform the show is nothing more, nothing less than the house where Michael grew up to commit his first murder. 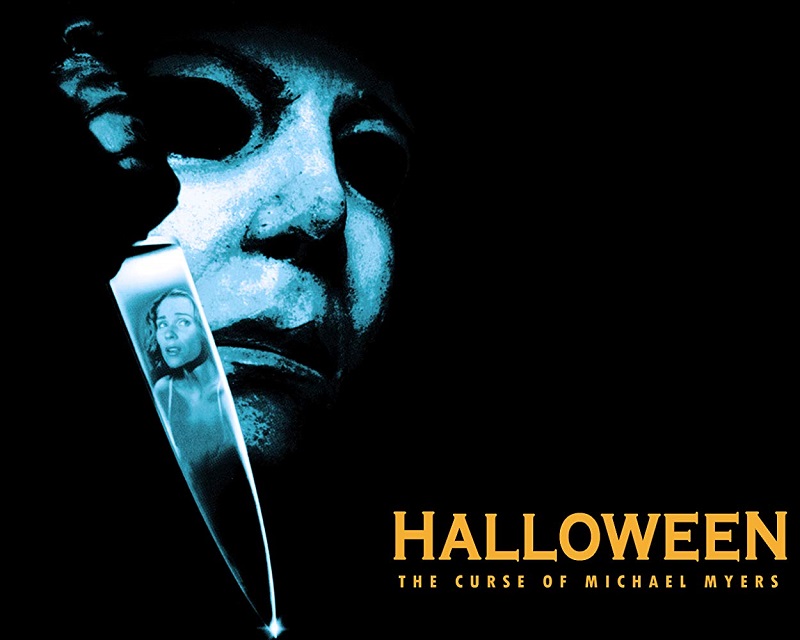 So as not to put aside the coincidences, Michael returns for the fifth time in this sixth film. Now to stalk Tommy Doyle, a character from the original 1978 film who lives in the childhood home of the masked killer. As if that were not enough, it is in this film that we know the true reason for the immortality of Michael Myers.

You may also like to read, lori loughlin net worth. To know more visit our blog https://www.thestyletribune.com/.

The family ties of the Myers become stronger in this fifth installment. After a year after the failed attempt to kill his niece, Michael returns to stalk her. However, the relationship between the two is becoming stronger as they have a metaphysical connection. For this film, Jamie is deaf and dumb due to the trauma caused by being persecuted by Michael and almost committing murder.

Due to the failure of the third installment of the franchise ( Halloween III: Season of the Witch ) Carpenter decides to return Michael Myers to this series of films. For this occasion, Michael is determined to end the lineage of his sister, who had a daughter with Dr. Loomis before dying in an alleged car accident. Jamie, the daughter of Laurie and Loomis is a strange girl, apparently innocent. 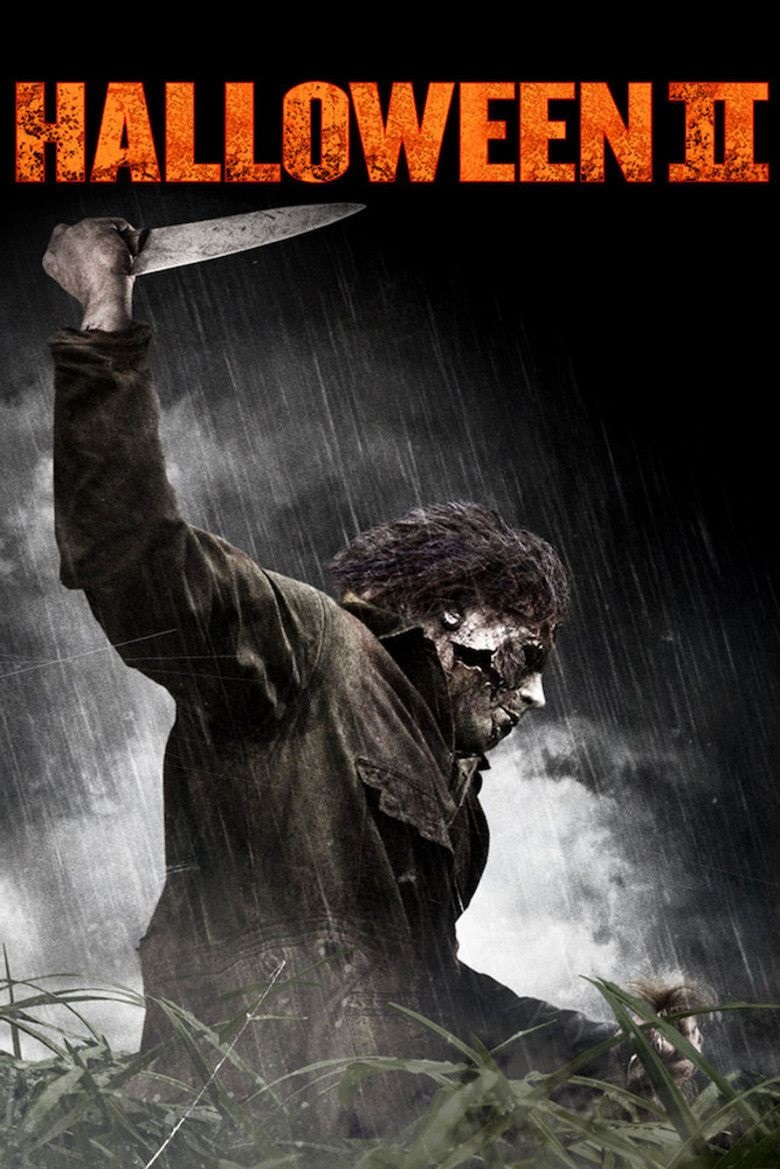 The most amazing of all the films in the franchise was directed by the well-known heavy metal musician Rob Zombie. Like his music, his two Halloween movies tend to be violent. Unlike its first installment in 2007, Halloween II seeks to enter the mind of Laurie Strode who is traumatized by recent events. In this film, we see many hallucinations by the two main characters, Laurie and Michael. 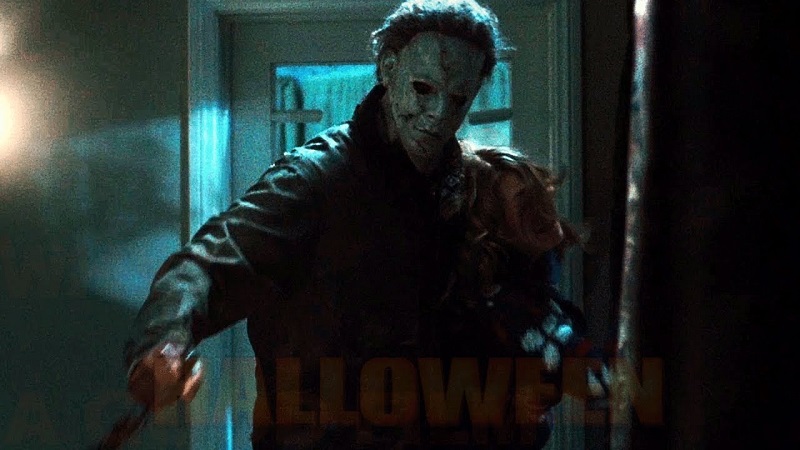 The remake of the original John Carpenter movie was under the direction of Rob Zombie. This new version of Halloween gets deeper into the villain’s mind. Encompassing the reason why Michael Myers becomes this serial killer. In this tape, we can see scenes from the years Myers spent locked up in a psychiatric hospital. The above is based on additional scenes that Carpenter had to add for his adaptation of Halloween from the big screen to television because due to censorship policies, some murder scenes had to be eliminated. 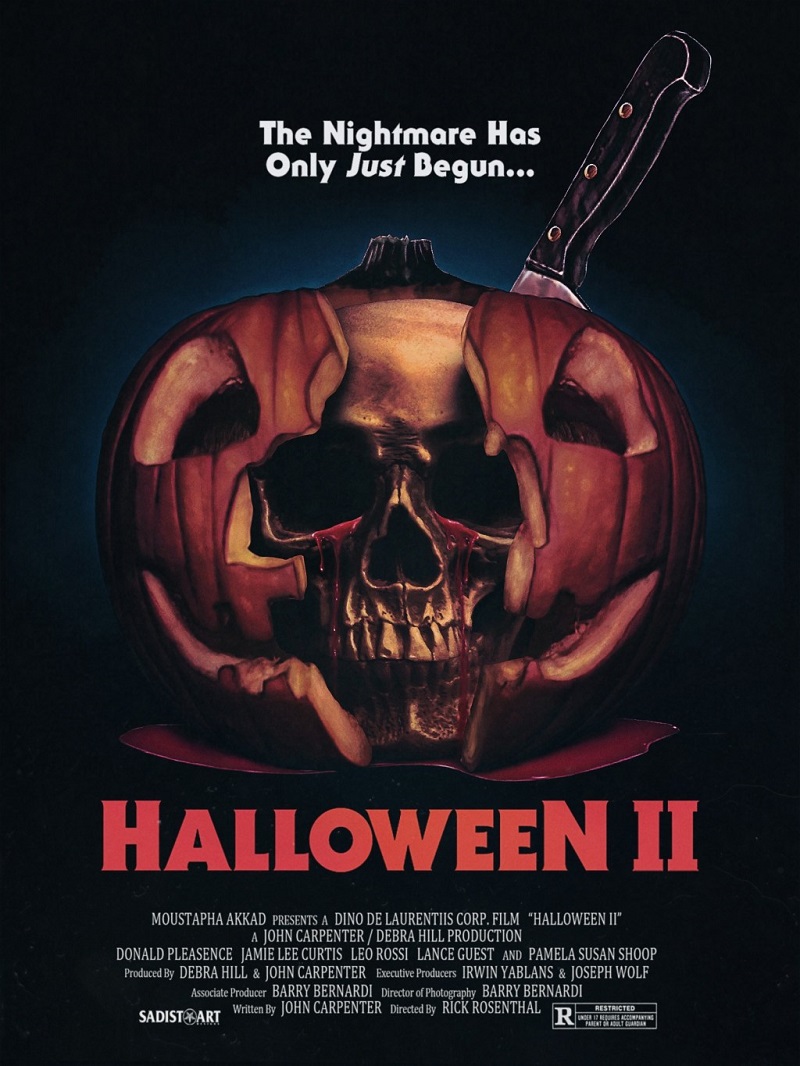 Due to the success at the box office that Halloween had, three years later Halloween II premiered, this time directed by Rick Rosenthal but with the script of Carpenter. Maintaining the style of the first, Halloween II begins with the end of its successor when Laurie Strode is transferred to a hospital followed by Michael Myers. This film is when Laurie finally finds out about his relationship with the mask and knife villain. 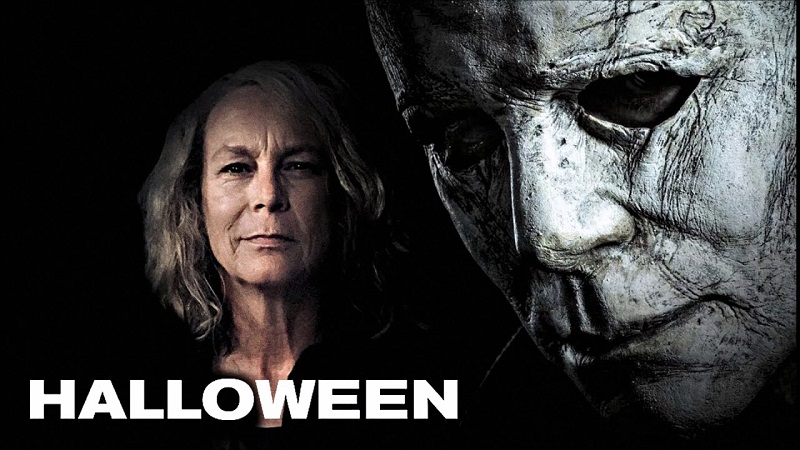 40 years after his confrontation with Laurie Strode, Michael Myers returns once again to scare us. This time in a more graphic and bloody way but always maintaining the essence of the original film. This new film asks us to forget all the sequels and versions made after the original Halloween of 1978. It is a blur and new account to do justice to the horror work of John Carpenter and his unforgettable mask character without expression, Michael Myers. 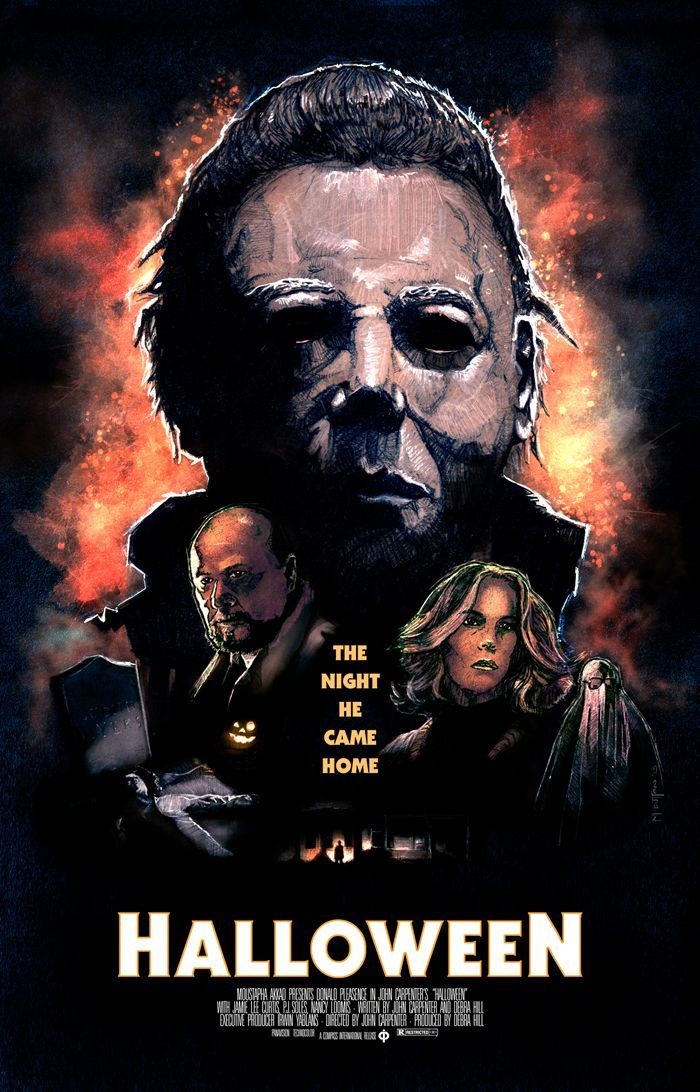 Considered a film with aesthetic, cultural and historical significance, Halloween is a horror movie classic. At the beginning of this first installment, John Carpenter makes use of the subjective camera. By making us, the spectators, see through the eyes of Michael Myers committing his first murder. Another element to highlight is the music, performed by the same director, which despite having only a few notes, can bristle our skin. In addition, this film meant for Jamie Lee Curtis his debut on the big screen.