How to Get Rid of Ground Moles With Dawn Soap and Other Natural Elements?

How to eliminate moles that have invaded your garden? Don’t worry: here are the most effective anti-mole methods to remove moles and restore your vegetable garden.

Let’s clarify a concept immediately: nobody is exempt from a moles infestation. These rodents can sneak into any garden, cultivated or not, attracted by the weeds and pests that live there, overcoming waterways and digging holes that indiscriminately ruin crops and the appearance of your garden.

Under the large and visible entrance holes, the moles build real galleries inside the ground that allow them to walk in your garden without being seen. Their nails are particularly long and strong, allowing them to move large quantities of earth. 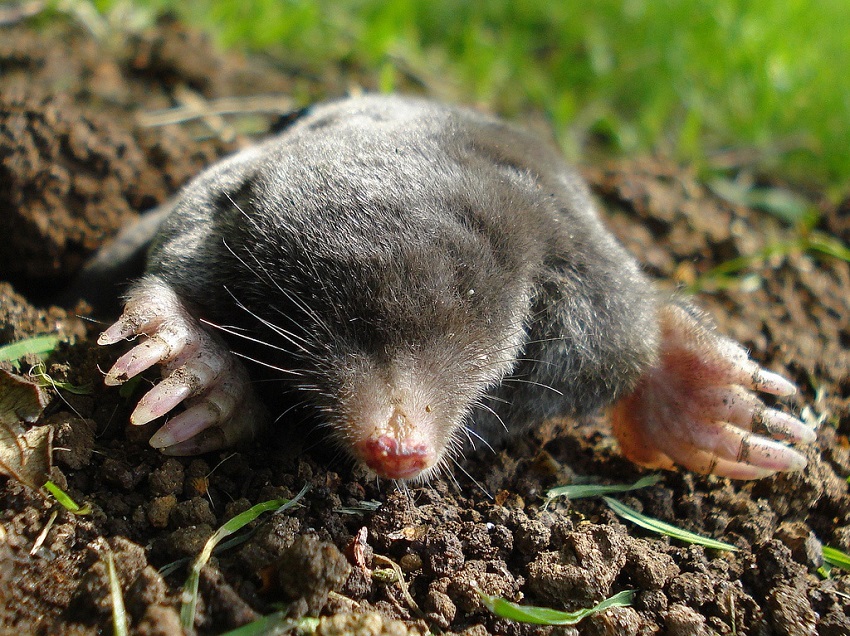 How to get rid of ground moles with dawn soap?

Dawn dish soap is the best way to eliminate ground moles. Mix the soap with castor oil in a fresh bowl. Add boiled water in the mixture. After become cool, take it into a sprayer. Shake the bottle and apply it in the required place.

This allows them to reach their prey in no time. Even if they do not have a great view, perceiving only the light, moles still have a very developed hearing and smell, making them hunters attentive and fast.

Moles are solitary animals: even a single mole is likely to present in your garden. This is why it is not difficult to eliminate moles using both methods that allow them to be removed.

How to eliminate moles: Other remedies against moles?

Let’s start with the remedies that do not kill the animal, but permanently remove it. It is true, however, that moles can return cyclically. Therefore we recommend, especially in the spring, to always check the ground for volcanic mounds of earth, which signal the presence of underground moles.

If you can find one or more holes, you can look for the tunnel that moves inside it, inside the ground. Once found, place the bottom of a bottle at the tunnel opening to trap the mole.

Once taken, you can move it away from the ground. It is recommended, of course, to take it far, because thanks to its sense of smell, moles easily find their way.

The bottle can also be inserted inside the gallery, creating an echo effect that annoys the hearing of the mole due to the continuous vibrations of the earth. The mole interprets this signal as an inhospitable environment and will end up walking away from it.

Another widely used method is to install ultrasounds for moles in the garden, easily available in pet stores.

These peg-shaped speakers emit low-frequency sound waves that drive moles away within a 30-meter radius. Depending on the size of your garden or garden, we recommend installing several at an appropriate distance. Some of these speakers also work well against mice and snakes.

Just like ultrasound, moles repellents are found on the shelves of pet stores. They are made with plant-based ingredients, so they do not kill moles but only drive them away. Very effective … cats!

If the cat is an enemy of the mouse, it is also an enemy of moles. It is not what it seems. However: it is not a hunting mechanism but an annoyance that the mole seems to feel towards the cat’s fur.

The anti mole plant exists and corresponds to the name of Euphorbia lathyris, more commonly known as catapult spurge. Its smell is very annoying for the mole and leads it to move away from the ground. Two other types of plants have the same functionality, the Fritillaria and the Castor Plant. By the same principle of repulsion towards strong odors, garlic, onion, and gasoline are equally effective.

How to kill moles?

Many farmers and many garden owners claim that, despite all possible and imaginable precautions, moles continue to return and infest the soil.

As we mentioned earlier, this can happen frequently. Moles are attracted to food debris, the smell of rubbish and parasites that live in the ground. They prefer damp soils to arid ones. Therefore most of the gardens and vegetable gardens will be subject to the presence of moles. At this point, for many, the time comes to eliminate them drastically.

So, if you really can’t do without it, and the mole reappears punctually in the garden, here are some effective remedies to permanently eliminate moles.

They must be positioned inside the main gallery. You can recognize it because it is straight, without curves.

There are two types of moles traps on the market: scissors and harpoons. The moment the mole finds the trap on its way, it will be seriously injured and shortly after that will die.

Generally, a mole can be caught within a couple of days. If this does not happen, move the trap to another gallery: the one you have chosen is probably not among the main ones.

On the shelves of stores, you can find different chemical poisons for mice and moles to put in the ground, or directly in the moles’ holes, to induce them to eat them and poison themselves.

However, these chemical elements end up directly on the ground, so they could damage the cultivation around or the health of the soil in the long run. This solution is the one to avoid most.